GONGS ARE AMONG THE WORLD`S MOST ANCIENT MUSICAL INSTRUMENTS.

Since the depths of time, they have had a deep psychological meaning attributed to them. In music, Gongs with their indescribable sound colors, have always played a prominent role.
Gongs belong to the oldest and most important musical instruments of South East Asia.
Their origins may be traced back to the second millennium B.C., but it is assumed that the Gong is much older. In Chinese history Gongs are mentioned around 500 A.D., attributed to a nation called HIS YU between Tibet and Burma during the reign of Emperor Hsuan Wu.

Historic research provides us with four main centers – Burma, China, Annam, Jav – at leat 7 Gong shapes and sound structures stem from these regions. Only few families knew the tradition of Gong making as it passed from generation to generation. The art of making Gongs was veiled in a sense of magic. Gong makers then believed that a Gong could only succeed with the help of higher powers and, that they were exposed too such forces more so than ordinary humans. 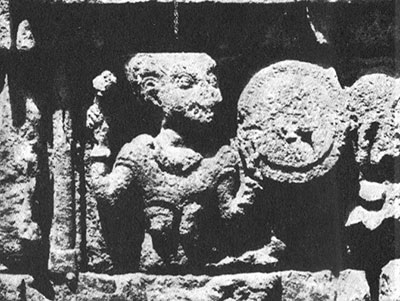 The Gong was an important element in the lives of Far East people and it still is in some countries today. In Asian families the Gong was an attribute of wealth and served as a status symbol. In rites the Gong was used in the evocation of ghosts and in the beginning of demons. Touching a Gong brought you fortune and strength. In the rituals of the Far East the Gong has retained its special significance to this day. 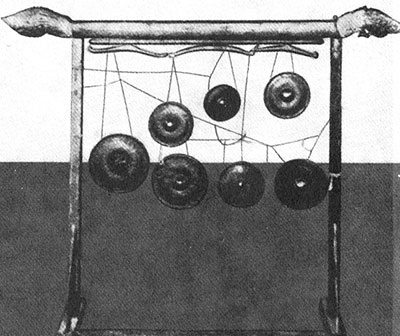 As a musical instrument the Gong accompanied celebrations and funeral ceremonies, songs and theatre plays. In the music of the Asian high cultures the Gong was used as an orchestral instrument. 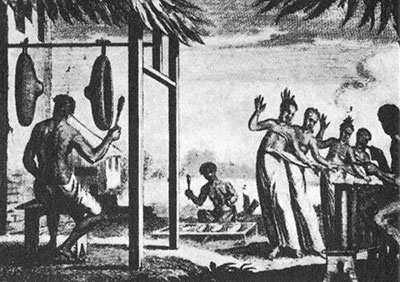 Gongs have been in use in European orchestras since about 1790 and have been called Tam-Tam since that time. The authentic terminology in all of the countries of origin, however, is clearly the word GONG.

The Paiste Family have been making Gongs for generations. The ancient art of making rich sounding, melodious gongs have been handed down to this day. 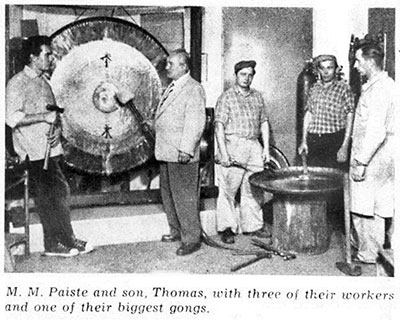 The methods used in manufacturing gongs date from earliest times and consist of individual manual work, which is expensive and time-consuming. But machines could never replace manual skill, the human touch. Mechanized production of Gongs would destroy their sounds. 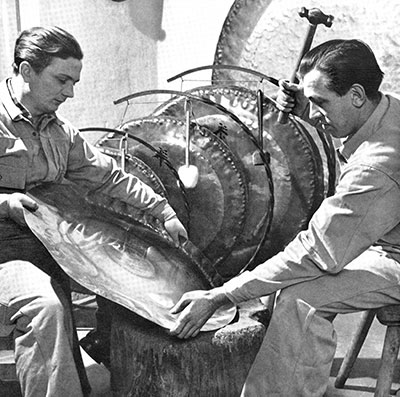